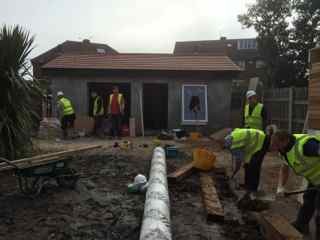 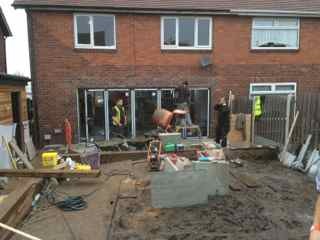 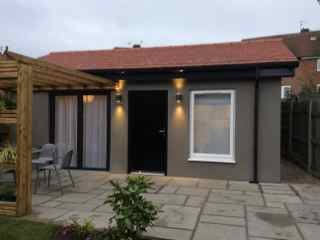 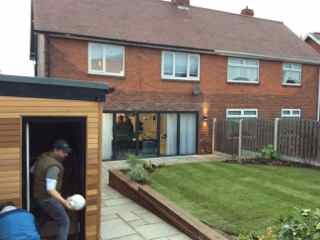 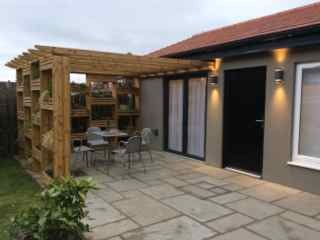 We were delighted to be able to help with this project! 36-year-old Terry Guest, father of two, had suffered a catastrophic brain injury leaving him with severe disabilities. As his house was unsuitable, the only care available was in an old-peoples dementia care home, where he remained for several years. In need of more day-to-day care and a place of his own, his sister Tracey stepped in to offer help, but her house was also unsuitable. Together with a number of generous volunteers from the local area, Tracey's home and garden were transferred into a safe and welcoming home for Terry. A separate living area was constructed in the garden giving Terry the independence he deserved.